This is a unique institution with few similar institutions like it in the world. It provides both traditional as well as “alternative” medicine. It is led by a charismatic, visionary leader with a staff that has extraordinary long tenure.   It is a combination “spa” and outpatient clinic.

Information about the medical institution

This facility is the primary tenant and “owner” of a twelve-story building built during the Soviet era. It was once the major provider of care for the union trade workers, but has lost much of it volume and is challenged due to changing societal perspectives and aging equipment and facilities, and perhaps its unique mode of care that is a mix of traditional and alternative care.   The staff has long tenure and is dedicated to the model of care and their patients.

While it is called a hospital, and is the major tenant of an 11 story building, it is actually an adult outpatient facility utilizing about 30 percent of the space. Located in Kiev, it was once a major referral center for the trade union workers of Kiev and beyond.   Today, it is a struggling institution that might see 200 outpatients a day.   Similar to other institution in the Ukraine, there have been dramatic reductions in government support and concomitantly, huge increases in the cost of energy. Much of what they do is mud treatments (taken from the Black Sea), a variety of water “massage”, electric stimulation, and other treatments that in the U.S. would be considered alternative treatments.   And, while lacking basic science data, the very positive physicians who lead this organization are convinced, based on years of observation the treatments are efficacious. 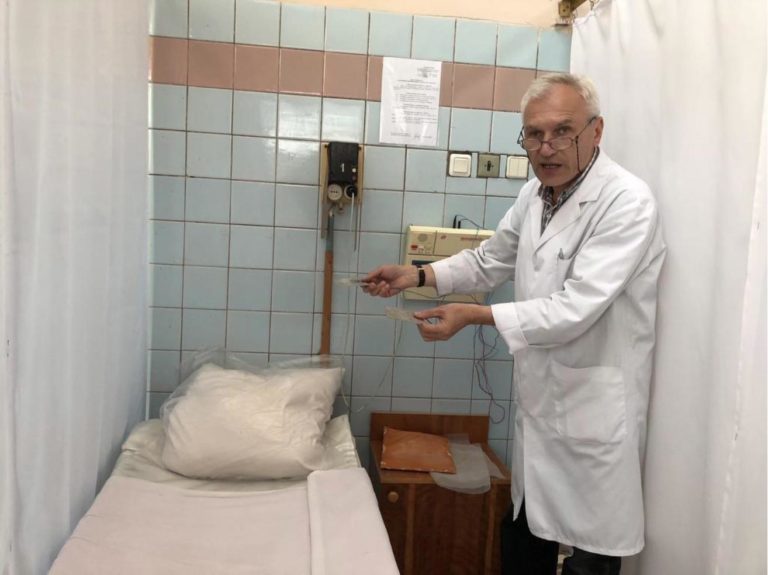 A Doctor from the Kiev City Health Resort Baineology explaining the specific services offered at this hospital that are not available anywhere else in the country. 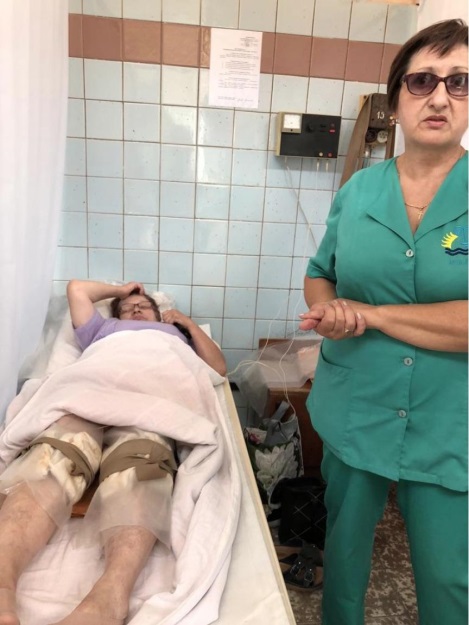 A member of the hospital staff explains the treatment offered for a patient with a severe lower body injury.

Learn More…
Back to MEDICAL PROGRAM
Support our work
We can help people in need T O G E T H E R. Give now to transform lives.
Donate
Europe Aid Foundation is registered as International Non-Profit Tax-Exempt Organization according the Legal Norms of Republic of Poland and European Union. All donations and contributions are tax-deductible as allowed by law.
The application has been sent!